Mantua was born over two islands formed by the debris of the river Mincio; the city is still today bathed on three sides by the river: this created the north-west lake, Lago Superiore, the north-east lake, Lago di Mezzo, and in the lower part, in the east side, the lake Lago Inferiore; a fourth lake, the Paiolo, was buried at the end of ‘700.
Ancient are the origins of Mantua and long held in the memory is the mythical founder “Onus the hero”, and the male god Mantus, to which the founder would have dedicated the city; the Romans confused him with the Greek Diviner Manto, daughter of the Homeric Teiresias.

Later, the village was firstly occupied by the Gauls and then by the Romans. In an indeterminable age, perhaps in the third or fourth century, came to Mantua the spread of Christianity, as attested by the pious tradition of St. Longino and the worship of relics of the Blood of Christ, now kept in “Sacred Vases” in the church of St. Andrew.

At the Fall of the Roman Empire, the city was invaded by barbarians and various other dominators, such as the Goths, Byzantines, Lombards and Franks, until, towards the 1000 after Christ, the city became part of the feudal domain of the Attoni family, called Canossa, whose last representative was the Countess Matilda (1046-1115).

After the death of Matilda of Canossa, Mantua was converted into a free Commune and it strenuously defended his freedom, in the twelfth and thirteenth centuries, against the imperial forces; then, it expanded its territory and it was embellished with magnificent buildings, such as the palaces of the Broletto e Ragione; they regulated and drained the swampy waters of the Mincio, by the work of Alberto Pitentino; the city was also surrounded with walls.

In the period of the struggles between Guelfi and Ghibellines, Pinamonte Bonacolsi took power in 1273, and his family ruled over Mantua for over half a century, increasing its prosperity and artistic beauty. Thus were built the Palace Bonacolsi, that of Captain, the Arengario, the Magna Domus and the Gradaro churches of St. Francis, which formed the face of the city in the Middle Ages.

In 1323 with the death of Rinaldo (called Passerino), killed during a popular revolt fomented by Gonzagas, the rule of the Bonacolsi ended and began that of Gonzagas, with Louis Captain of the People and founder of the famous family. Under Gonzagas, nominated Marquis in 1433 by the Emperor Sigismund and dukes in 1530 by Charles V, Mantua became the capital of a great state and experienced a period of military glory and artistic splendor, which lasted about four centuries, to whom we owe the construction of major buildings, masterpieces of art and grandeur. The St. George’s Castle and the Sanctuary of Grace were than built; many distinguished talents honored the Gonzaga’s court, such as Ariosto, Tasso, Correggio, Tiziano and Cellini; called by Gianfranco Gonzaga, came into the city Pisanello and Vittorino da Feltre, who founded the famous humanist school called Cà Zojosa (Playful).

Under Ludovico II of Mantua the environment was still gothic – he welcomed and praised the new Renaissance art, hosting Brunelleschi, Farnelli, Alberti, Laurana, Mantegna and Poliziano.

It was Leon Battista Alberti (and Andrea Mantegna) to start the Golden Age of Mantua; later, after the fruitful years in which Isabella d’Este held correspondence with the greatest artists and writers of the whole peninsula, started the wonderful and general decay with the long reign of Giulio Romano, who over the creation of the Palazzo del Te, took charge of the urban reorganization of the city, leaving a trace behind, it can be said, in every street and building.
Meanwhile the rule of the Gonzaga had expanded with the purchase of Monferrato, reaching the peak of his economic and political prosperity, while at the edge of the dukedom were teeming autonomous lordships belonging to the cadet branches of the family.
In 1627 the eldest of the Gonzaga’s line died and slowly began the decline of Mantua, worsened after the wars of succession, the looting of the imperial and the plague, until in 1707, when, deposed the last descendant of the dynasty, the city came under the Austrian’s rule.

During this century the city still had a period of artistic fervor, which was dated back to the dome of St. Andrew, like the Science Theatre, the solemn Sordi Palace, D’Arco, Valenti, Corriani and Canossa.
Besieged and taken by Napoleon, after various vicissitudes, Mantua returned to Austria in 1814, becoming one of the strongholds of the famous defensive “Quadrilateral”.

But even among the continuing harassment of the Austrian rulers, despite the cruel work of repression, the liberal faith was increasingly spreading among the people and in 1851-55, with the sacrifice of the Martyrs of Belfiore, the city wrote one of the most beautiful and glorious pages of our Risorgimento.
In 1866, finally, Mantua became part of the Italian State. 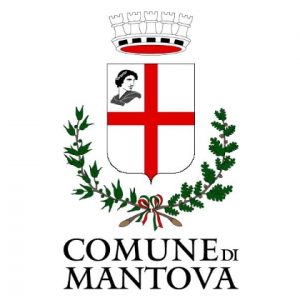 Get Support
We use cookies to ensure that we give you the best experience on our website. If you continue to use this site we will assume that you are happy with it.Ok